At our June meeting, Michael will lead an interactive workshop on effectively describing the top ten most asked-about acute injuries experienced by fictional characters from a subjective point of view, using common terms and concentrating on the needs of writers.

Understanding the injuries they inflict on characters and realistic recuperative time frames will help fiction writers establish credibility and connect readers with characters on an emotional level. 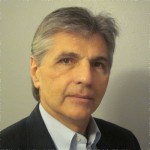 Michael J. Carlson is a novelist, but he’s also a physician with 18 years’ experience in emergency medicine, surgery, and family practice. His futuristic suspense stories won honorable mention in the Writers of the Future contest and finaled in the 2010 Royal Palm Literary Awards.

He’s written articles for The Florida Writer, as well as educational articles for nurses and an article on the initial stabilization of common injuries in Popular Woodworking Magazine. He’s currently preparing his novel Changed for release this year. He formerly moderated City Island Fiction Writers, and currently moderates the Space Coast Fiction Writers critique group.

Michael is also working on a new book, You Broke What?—The Writer’s Guide to Believable Injuries, to accompany the workshop.

Tagged on: Crime, Medicine, Meetings, Writing
By Kristen Stieffel | May 22, 2013 | Information | No Comments |

There are no upcoming events.

American Christian Fiction Writers is the country's leading organization for Christian novelists. Its mission is to promote Christian fiction through developing the skills of its authors, educating them in the market, and serving as an advocate in the traditional publishing industry.

Got an achievement to brag about? Send it to our publicity chair, Pat Dyer, for inclusion on our High Fives page.